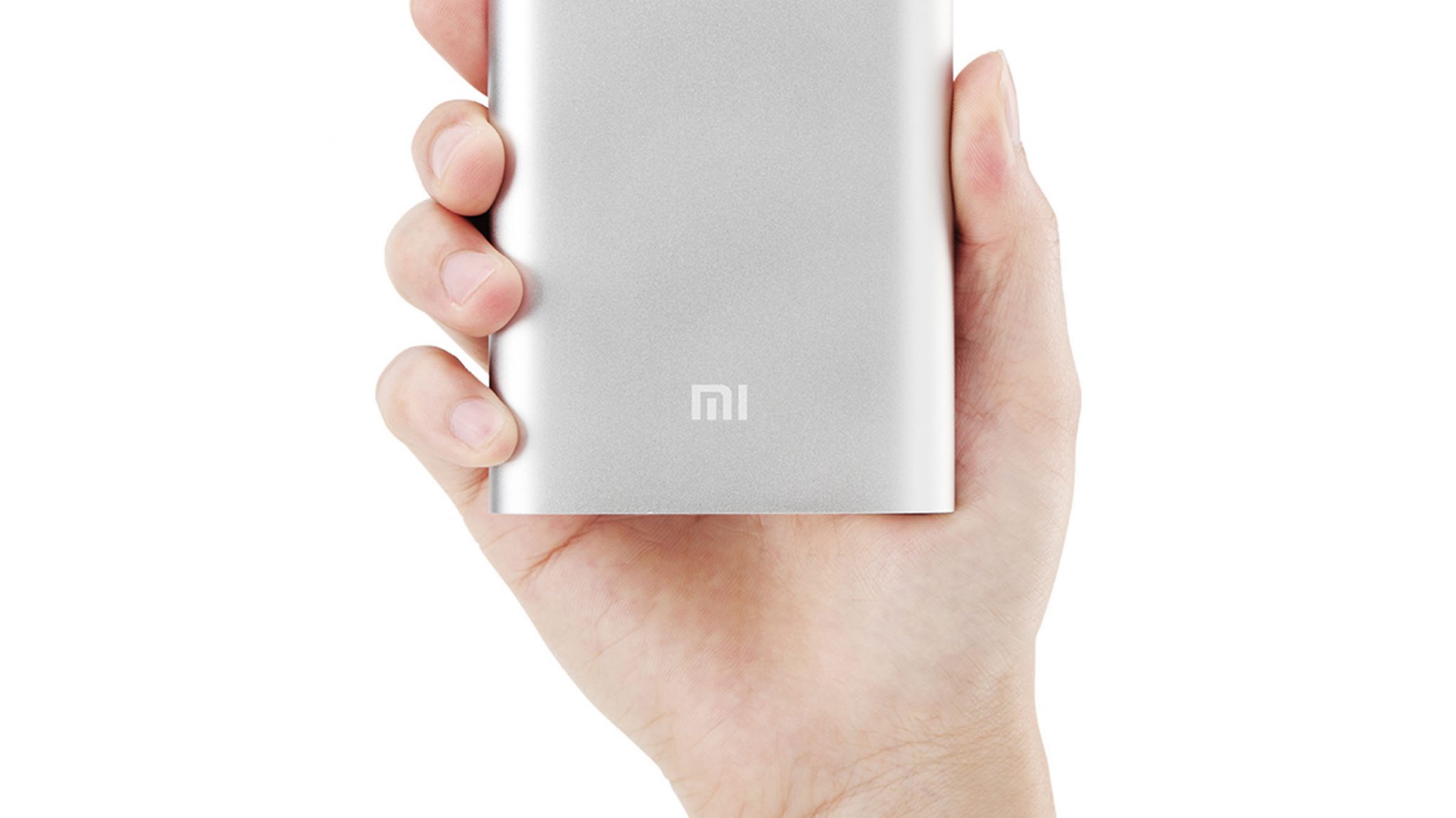 With the growing size accompanied by the growing power needs of smartphones and other devices, battery life is a major factor to be considered when choosing or upgrading your handy device. It has been a big issue for manufacturers how to make their products to be a slim as possible. But, still powerful and has a battery that will last long enough — As these two things are the current trend and norm. To make ends meet, industry offers a “supplement” for this shortcoming with a gadget like a power bank.

This article will provide the basic things to know how power banks work. These basics will be a helpful buying guide on deciding what power bank fits your needs and also possibly identifying fake capacity power bank in the market.

What is a Power Bank?

A power bank is a electronic device that is use to charge devices that are typically charged through a standard USB powered port at 5 volts. It usually houses batteries that are rated at 3.7 volts. 18650 battery cells are the most common battery type used on power banks. These batteries are being manufactured by Samsung, LG, Panasonic, and other well known electronic companies. There are power banks that are able to power netbooks and laptops but those types will not be covered in this post. However, the science behind it is just the same.

People normally base their power needs at the rated capacity of the power bank when looking for something to buy. A 2800mAh power bank could charge my smartphone with a 1,400mAh battery for 2 times. That is a common mistake! In reality, this power bank could only fully charge your device 1 time. Other common mistake is that most people think all power banks with the advertised capacity is just the same. Whether the bank is branded or generic one. Well, it depends on the quality. Confusing? Keep on reading to find out why.

Power banks come with different sizes. From 2200mAh to a whooping 20,000mAh capacity. Typical power banks are assembled by connecting a number of 18650 Li-ion batteries to achieve the wanted capacity. Each battery is around 2200-2800mAh capacity. That explains why they come with a noticeable increments. For example, a 5200mAh power bank contains 2 batteries at 2600mAh.

There is also a so-called Li-Polymer batteries (thus power banks, too). Li-Polymers are more flexible regarding the capacity. However, it is almost just the same as most Li-Polymers in the market are still Li-ion, only hybrids.

To know what power bank you need, follow these steps:

This is written on the box of your device and occasionally found on the manual.  It is also printed on the battery itself.  If you don’t want to bother looking for the box or removing the battery (for removable batteries), you can search for it on the internet otherwise.

2. Know if your smartphone or tablet is capable to charge faster.

Typically, smartphones can accept as much as 2A current and tablets normally behave the same. Latest released smartphones have “quick charge” features that can accept as much as 5A current. However, this is utilized only using a compatible charger. Older units can hardly accept 1A current and you’ll notice that your charger is rated at just mA (milliamperes) instead of A (Ampere). 1000mA is equal to 1A. You’re lucky if your phone can accept higher current. You can easily know by borrowing a “fast charger” and note the charging time took by the device and compare the results to the original charger.

There is no risk of using a charger with a higher ampere, given that it still supplies at 5v. The device will only draw what it needs from the charger and will automatically detect how much possible current the charger can give. Although there are disadvantages (faster degradation of battery) of using a charger with higher ampere, it is often neglected because people want things done fast as possible – such as, charging a phone.

3. Know how much juice you need.

Find out how much power you need out of a power bank. If you charge your phone twice a day, you should note that. For example, if your phone’s battery is 2000mAh, you need around 4,000mAh juice to charge it twice.

4. Know how many devices you have.

One more thing to consider is that if you have two or more devices you want to charge simultaneously in just one power bank. Power banks come typically with only 1 USB port and others have 2. Most of power banks in the market with 2 ports have a dedicated 1A port for phones and a 2A port for tablets. Although this is interchangeable, charging your tablet in a 1A port will result in a slow charging/long charging time.

If you’re already done on the 4 steps above, it is now time to know what power bank capacity you need. Let’s take the Xiaomi 5200mAh as an example. This power bank is well known for its quality and cheap price. What makes this power bank sell blazingly fast during flash sales of Mi on Lazada? Power banks were advertised according to the capacity of the batteries used to build it. A quality 5200mAh power bank can give an actual output capacity of at least 3100mAh. Why is like that? It is because of Physics!

The calculation above shows that a 5200mAh power bank with batteries rated at 3.7 volts should be adjusted for the real output by adding the conversion factor from 3.7 volts to 5 volts (the rate your wall charger supplies to your phone).

Why do this thing? Because a 3.7v battery can’t charge the same 3.7v battery. It is just like in the academe. The one who teach should have a higher knowledge compared to the students who rely on him/her – for a teaching process to be feasible. As by the law of Physics, no engine is 100% efficient. And thus, this conversion is not 100% efficient. You should get at least a 80% efficiency for a quality power bank. You do not agree? Then tell Einstein, he’s a liar.

Now, you think that 3,100mAh is now the final output you can have. Unfortunately, you are wrong. Considering the losses the system will undergo during charging, the actual output is now down to 2800mAh. Why? The losses in your charging cable and the efficiency of the power bank’s circuitry will account for another 10% loss. You’ll be lucky if you attain a higher actual output from your power bank. Well, I bet that power bank has a high prize.

Now, let’s go back to our example, the Xiaomi 5200mAh Power Bank. This mighty bank can charge an iPhone 5s for 2 times with some battery juice left. 5S has a 1560mAh battery. So, total output is 3120mAh plus some juice left. This power bank gets a great attention in forums over the internet and is tested vigorously by some of our fellow tech-inclined people. Why? Because Xiaomi claimed that this power bank line has a 93% conversion rate.

What are the test results? Positive. All claims are true and some tests yield even much higher conversion rate of up to 95-96%. Now, you should have already figured out why Xiaomi power banks are the star of the generation.

Be a Wise Consumer

There are some power bank brands that could give the same performance but they come with a $$$$ hefty pricetag. Other well-known brands are Yoobao, Romoss, Anker, Bavin, Asus and Pineng, for its patented LCD display. Hame, another power bank brand that claims to also have 93% conversion rate but lacks support or reviews if it is a legit claim. Samsung and other phone manufacturers also have their own power banks.

It is better to have a power bank the same brand with your phone but it is not necessary since they are cross compatible most of the time. You may want to consult the store’s representative about the product they sell for compatibility issues. In some cases, the representative may not have enough knowledge about this. You should contact the manufacturer and do not practice “panic buying”. So that afterwards, you’ll not be yelling around telling that the product is not good.

By reading this article, you should now have the knowledge of a power bank and how it works. And, you will never be fooled by generic power banks with a fake rated capacity. Also, don’t settle for a fake one because it carries risks that it may explode due to bad circuitry and potentially harm you. For a tip, a so good to be true low price power bank will give a true low performance. In contrast, this is not always the case, as the Xiaomi brand as an example. In the end, it is up to you, the smart consumer if what product are you going to buy and use.

Note: This is not a paid article for Xiaomi. I just used the power bank as an example in the discussion.