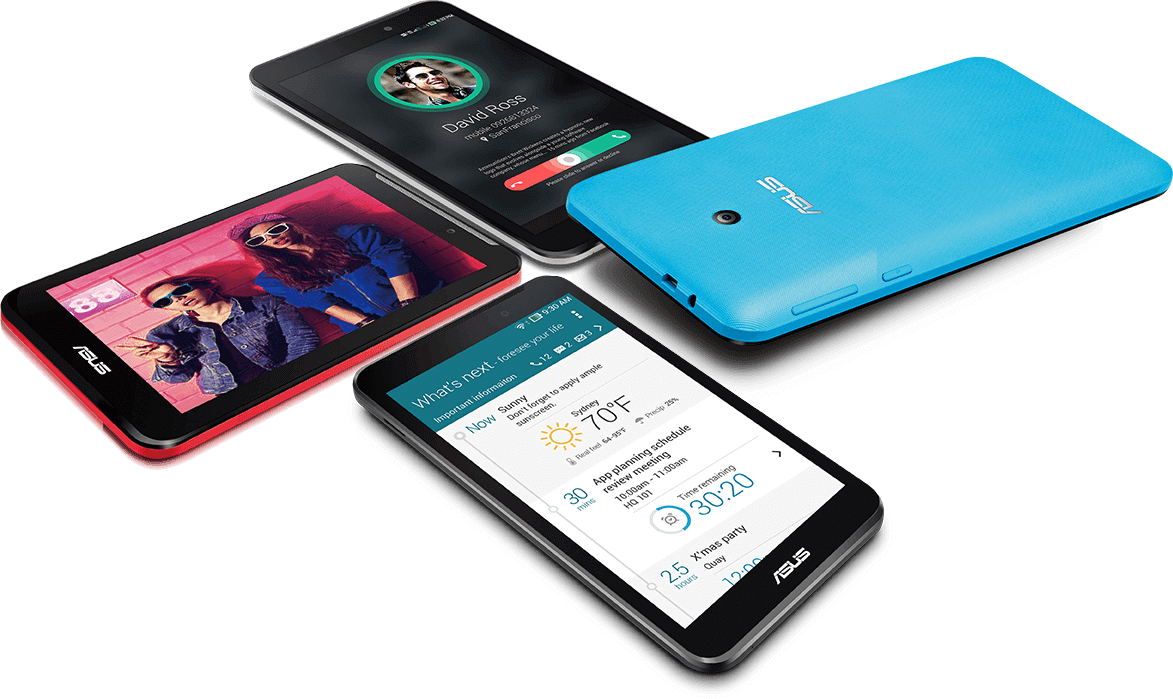 Yes! You read it right! ASUS, an international brand from Taiwan that is well-known in manufacturing quality desktop computers, laptops, computer parts & peripherals had now emerged in the local market scene to compete with local brands with their entry-level smartphones and tablet. ASUS, tracing its history, started to offer their budget friendly android tablet with its Nexus 7 (2012) in partnership with Google. The Nexus 7 then made ASUS to start offering entry-level tablets as well as smartphones. Today, ASUS updated its Fonepad Series with the new 2014 version of Fonepad 7, the Fonepad 7 K012 FE170CG. Unlike the first gen Fonepad 7 (ME175CG) that has a SRP of P8,995, the new fonepad targets the lower price range to emerge and compete with local brands like in the Philippines with a price tag of P5,995 SRP. As a consequence, some hardware parts had been downgraded to cope with the lower price. (The price tag quickly gains my attention to buy the new Fonepad 7.)

This review was originally written on 16th of September 2014 at Priceprice.com.

The device measures just 11cm wide making it the 7 inch tablet with one of the thinnest bezel you can find around. Basic buttons like power, volume up and volume down are all on the upper right side of the tablet (screen facing you) while the dual microsim card tray and SD card expansion bay will be found on the opposite side. The tray and expansion bay were hidden and don’t attract much dirt and that makes the device appear more classy. The ASUS branding will be also found on the lower front side area of the device. The charging port and mircoUSB port (that serves as a OTG port as well) was place on the top side part of the tablet while the loudspeaker is on the top front. The back cover don’t appear to be cheap plastic that is commonly found on other low price tablets, instead the cover is rough and textured making it almost scratch free. The camera hole is in the middle top followed by an engraved ASUS logo in the middle and a Intel inside print on the bottom. Really nice and clean! That’s a thumbs up for users that need a sturdy tablet!

Like the first Fonepad 7, FE170CG still use an Intel Atom Multi-Core Z2520 Processor that runs at 1.2Ghz maximum speed per core. With the Hyper-threading technology, this dual core CPU behaves as a quadcore equivalent of quadcore CPUs of MediaTek in other local brands like Cherry Mobile, MyPhone, Starmobile and Cloudfone. As a standard for today’s smartphones and tablets, FE170CG was equipped with a 1GB LPDDR2 RAM that runs at 1066Mhz.

The device was equipped with PowerVR SGX544MP2 graphics processor tp push decent graphics quality on its 7 inch capacitive WSVGA screen (1024×600) with approximately 170ppi pixel density. The resolution is a bit low and downgraded compared to the first Fonepad that has a 1280×800 IPS Display. However, viewing angles are still excellent considering that FE170CG sports just a TFT panel. The device supports up to 10 finger multi-touch and equipped with an oleophobic coating to resist smudges/fingerprints. I have the tablet for more than 2 weeks now, but still I haven’t got any scratches on its screen despite of not having a screen protector. So, I can say, the glass used in this tablet is stronger compared to other tablets in the same price range.

The Fonepad is equipped with a 2 megapixel fixed focus camera and a 0.3 megapixel front. The 2-megapixel camera (720p recording capable) is acceptable considering the device’s low price. However, the front facing camera is bad even on acceptable lighting conditions. Many options and built-in effects were included in the camera app like HDR, Beautification, time rewind, selfie mode and many more abundant effects. Thanks for the ZenUI Camera of ASUS. However, despite of an excellent software, don’t expect quality photos with the both cameras. Sound output was superb and really loud with its front facing loudspeaker. The already great speaker hardware was enhanced by Sonic Master Technology to bring an outstanding and remarkable media experience. The GPU easily handles 720p HD movies at ease (I didn’t try 1080p yet) with just playing it on the built-in video player.

Basic connectivity like Bluetooth 4.0, Wifi b/g/n are there, as expected. The device is equipped with 2 microsim cards and supports a data connection of up to HSPA+ (4G). Unlike other 4G devices that is limited to 21.6mbps, FE170CG had a maximum speed of 42mbps. Already a LTE speed equivalent of other devices! However, I haven’t tested and really feel that speed because the speed depends on what our carrier can supply. As an addition to it, signal reception is very good compared to other devices that has MTK or Qualcomm Chipsets I have. Being 7 inch in size, the tablet can make full phone functions (call and text) with its two sim cards. It is not too awkward to hold the device into your ear because as what I had said, it just measures 11cm wide and can be easily handle by one hand. Texting could be hard with just one hand and thus, requires a normal tablet uses that makes use of your two hands. Accompanying this hardware capabilities, ASUS includes n app called ShareLink that enables you to copy or send files to another devices with the ShareLink App (not just ASUS) much faster than bluetooth connection. The app actually uses WiFi Direct to transfer files between two devices.

The device has a built-in 4G eMMc storage but only near half is user accessible in installing apps and keeping files. The other half is system reserved. The storage is too limited but could be expanded through the SD card bay that support up to 64gb capacity. Once you’ve got the device, activate it or create an account in ASUS to have you 16gb cloud storage that is free for 1 year. If you opt too, you can also use a flash drive for storage with the tablet’s OTG function.

FE170CG runs on a modified Android Jellybean 4.3 out of the box. An update to Kitkat 4.4.2 was released a few months after. ASUS calls the modified android interface to be ZenUI which is the UI built for the Zenfone Series. Luckily, Fonepad 7 users had the chance to be more productive by using the ZenUI that has enchanced more than 200 applications. Probably, ZenUI is the best UI modifcation/enhancement that the Android OS got. Check it out yourself. With Just ZenUI, this device is definitely worth buying for.

The device is equipped with a 3950 mAh Li-Po battery that can last 30 hours of 3G talktime and 10hours video playback as claimed by ASUS. Personally, I can go through the whole day still having enough juice for the half of the following day with moderate use. As a gauge, data connection is active all throughout, playing games, browsing the web with 30% screen brightness, the device can survive for roughly 7-8 hours of straight use with 15% of battery remaining.

The device scores a roaring 15K+ in Antutu with just a dual core CPU. A hyper threading technology indeed. If you are searching for a device that can accompany you all throughout the day, wherever you are, in a harsh environment condition, ASUS Fonepad 7 Fe170CG can definitely survive it.

Package only contains the manual, unit and a generic charger (not an adaptor, usb cable type)*

*package differs on different suppliers but the two versions are official.

Note: My Fonepad is with me since August 2014 and still performs well today. Current Price: P5,699 @ Lazada Philippines.